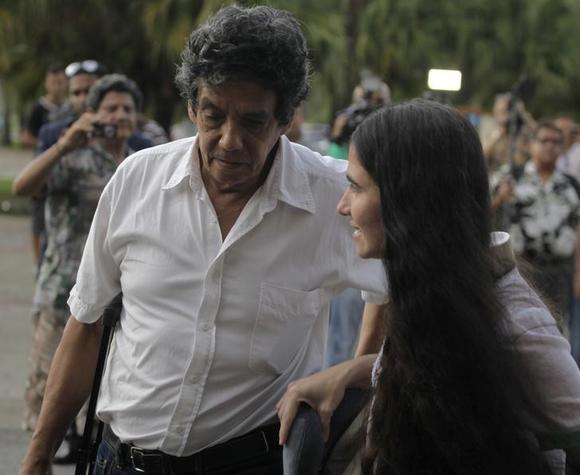 (Reuters) – The United States on Wednesday condemned what it called Cuba’s practice of repression following the detention of several activists, in the first major test of President BarackObama’s policy shift toward normalizing relations with the communist-ruled island.

The State Department said it was deeply concerned by the detention on Tuesday of several «peaceful civil society members and activists» by the Cuban authorities.

«We strongly condemn the Cuban government’s continued harassment and repeated use of arbitrary detention, at times with violence, to silence critics, disrupt peaceful assembly and freedom expression, and intimidate citizens,» the State Department said in a statement.

«We urge the government of Cuba to end its practice of repressing these and other internationally protected freedoms and to respect the universal human rights of Cuban citizens,» it added.

The arrests marked the most significant crackdown on the opposition since Cuba and the United States agreed on Dec. 17 to restore diplomatic ties and put behind them more than five decades of hostility.

About 12 opponents were taken away by police, including the husband of opposition blogger Yoani Sanchez, while several others were told not to leave their homes as police parked outside, said Elizardo Sanchez, leader of a dissident human rights commission that monitors such detentions.

Other dissident leaders reported multiple detentions or that activists were ordered to stay at home. Yoani Sanchez’s website 14ymedia.com reported she was under virtual house arrest.

The detentions stopped a planned open microphone event at Havana’s Revolution Square, near the government headquarters.

Event organizer Tania Bruguera, a performance artist, was missing and her associates presumed she, too, had been detained. Bruguera had vowed to go ahead with the event even after Cuban officials denied her a permit.

The event flopped, with only 15 participants, surrounded by a phalanx of reporters. A parallel event in Miami called by Cuban exiles drew 50 people.

Cuba had called the open microphone event a «political provocation,» and it was unclear how long the dissidents would be held. Cuba typically holds dissidents for several hours and releases them.

«The United States will continue to press the Cuban government to uphold its international obligations and to respect the rights of Cubans to peacefully assemble and express their ideas and opinions,» the State Department said.

Jacobsen is due to lead a U.S. delegation to Havana in January to begin normalizing diplomatic relations with Cuba that had been severed since 1961.

Yoani Sanchez said on Twitter police detained her husband Reinaldo Escobar and dissident leader Eliecer Avila outside her home in Havana, taking them away in handcuffs.

Escobar is editor-in-chief of the dissident news and opinion website 14ymedio.com and Avila is the leader of the opposition group Somos Mas (We Are More).

Upon announcing his new Cuba policy, Obama said Cubans should not face harassment or arrest for expressing their views and that his government would continue to monitor human rights.

The deal on renewing ties included a prisoner swap in which the United States freed threeCuban spies and Cuba agreed to release U.S. aid contractor Alan Gross, a Cuban who spied for Washington, and 53 people who the United States considers political prisoners.

So far, the 53 have not been identified and dissident groups say none of their activists has been released since the Dec. 17 announcement.