It’s been an exciting few weeks since I argued in court before the D.C. Circuit that people born in U.S. territories should have equal citizenship to those born anywhere in the United States.  Our advocacy on behalf of the more than 4 million Americans in U.S. territories is starting to gain some serious momentum, and we’re starting to make waves in the national press.

I thought you might be interested in the latest story which criticizes the Obama Administration for arguing against a right to equal citizenship in U.S. territories.  What’s most disturbing is they are relying on an opinion by the same Justice who wrote Plessy v. Ferguson – unfortunately, “separate and unequal” is still very much alive in U.S. territories.

We’re working to change that through our groundbreaking lawsuit.  No one should be treated as second-class because of where they live!

You can read more below, or you can visit www.equalrightsnow.org to learn more about our groundbreaking work.

Thanks for your support,

Neil Weare
President and Founder
We the People Project
“Equal Rights, Wherever You Live.”

p.s. you can also watch my interview yesterday on HuffPost Live here.

American Samoans are the only people born on US soil but denied birthright citizenship. 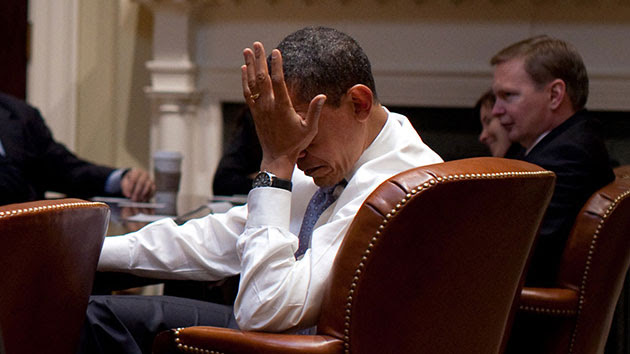 Well, this is awkward. This month, five people from American Samoa—the only place in the world where babies born on US soil are denied US citizenship—argued in federal court that the government’s refusal to grant them birthright citizenship violates the Constitution. On the other side of the case is the Obama administration, which cited century-old Supreme Court decisions that spoke of “savage,” “uncivilized,” and “alien races”—and many legal scholars now see as outright racist—to justify continuing to deny citizenship to these US nationals.Over the past century, Congress has passed laws guaranteeing birthright citizenship to residents of US territories, including Puerto Rico, Guam, and the Northern Mariana Islands. But American Samoa, a Pacific Island chain that is home to some 55,000 people, is the lone exception. American Samoans are classified as noncitizen nationals. As a result, the increasing number of American Samoans living stateside are ineligible for many federal and state government jobs and benefits, including many military jobs, despite serving in the military at high rates. They cannot vote or serve on juries. In many places, they cannot own firearms. They can apply for US citizenship—but in order to do so, they must leave American Samoa during the months- or years-long process, uprooting their lives and leaving their families and community behind while they wait for a decision.

Now a group of American Samoans is suing the Obama administration and the State Department, demanding birthright citizenship. Their argument in the case,Tuaua v. United States, is pretty straightforward: The 14th Amendment, passed in the wake of the Civil War, grants automatic citizenship to everyone born in the United States—whether in a state or a territory. Lead plaintiff Leneuoti Tuaua, for example, is a retired public safety officer who was unable to serve as a police officer when he lived in California because he was not a citizen.

Many legal scholars agree that the amendment, which reads in part, “All persons born or naturalized in the United States, and subject to the jurisdiction thereof, are citizens of the United States,” was intended to apply to people born in US territories. Moreover, the amendment overturned Dred Scott v. Sanford, which “was heavily about the question of whether certain constitutional protections applied in the territories,” says Stephen Vladeck, a constitutional law expert at the American University Washington College of Law. “The original meaning of the Citizenship Clause seems to be fairly categorical.”

Lawyers for the Obama administration argue otherwise. To back up their case, they rely heavily on a series of Supreme Court decisions that many scholars now contend are not only bad law but also racist.

The decisions, known as the Insular Cases, date back to the early 20th century, when the US had just won the Spanish-American War and acquired Puerto Rico and the far-flung new territories of Guam and the Philippines. The US acquired American Samoa in two parts in 1900 and 1904 as part of its continued expansion. But American political leaders had a problem: They wanted the United States to become a colonial power, but they didn’t want to extend constitutional protections to the overwhelmingly nonwhite residents of the new territories. (As one of the friend-of-the-court brief in the current case notes, the Democratic Party’s official platform in 1900 argued that “the Filipinos cannot be citizens without endangering our civilization.”)

To solve that problem, the Supreme Court came up with a bizarre, racially minded solution. The court invented two categories of territory; the Constitution applied fully in “incorporated territories,” such as Arizona, which were settled mostly by white people and destined for statehood, while much of the Constitution did not apply in “unincorporated territories,” such as American Samoa, which were not considered candidates for statehood, largely because of their racial and ethnic makeup.

Justice Henry Brown—famous as the author of Plessy v. Ferguson, which gave the court’s blessing to segregation—refers to the inhabitants of the new territories as “savage” and “alien races” in the Insular Cases. Brown contended that Congress would treat the territories well because it was guided by “certain principles of natural justice inherent in the Anglo-Saxon character.” His colleague, Justice Edward White, hypothesized in one case that granting citizenship to an “uncivilized race” in a new territory would “inflict grave detriment on the United States” from “the immediate bestowal of citizenship on those absolutely unfit to receive it.”

“A lot of people are justifiably embarrassed by the Insular Cases because they really do capture an earlier imperial moment that is saturated in white supremacy,” says Sanford Levinson, a constitutional law professor at the University of Texas-Austin School of Law. “What the majority in the Insular Cases argue is that you really can’t imagine that Filipinos especially, but also frankly Puerto Ricans, would be welcomed into the American political community.” So “they construct an understanding of the Constitution that won’t require that.”

Though the Obama administration is using the Insular Cases to fight birthright citizenship, its handling of the case is a bit unusual. Normally, appellate lawyers at the Justice Department’s DC headquarters, known as Main Justice, become involved in cases against the government once they reach the circuit court level, American University’s Vladeck explains. But this case, now pending before the DC Circuit Court of Appeals, was briefed and argued by the lawyers at the US Attorney’s Office in DC. “It’s surprising to me that in a case like this, it’s the US Attorney’s office and not the Civil Division of the Justice Department” working on the case, Vladeck adds. “Whether that is because the Justice Department just doesn’t believe this is that important a case, or whether it’s because they do, I think only they know.” Though no Civil Division attorneys’ names appear on the briefs, a spokesman for the US Attorney’s Office in DC told Mother Jones that “our office is working with attorneys from Main Justice on this matter.” The spokesman added that the office “frequently represent[s] the government and government agencies in court proceedings in the District of Columbia.”

Of course, the administration doesn’t have to fight the American Samoans in this case at all. Although it is required to defend acts of Congress, the administration can on occasion opt out of defending a law it believes is unconstitutional. (The Obama administration’s refusal in 2011 to defend part of the Defense of Marriage Act is one recent example.) The Justice Department declined to comment on the case.

Although the Samoans’ case for birthright citizenship has brought together liberal legal scholars and conservative originalists concerned with adhering to the original meaning of the 14th Amendment, residents of American Samoa are divided on the question of citizenship. The government of American Samoa has actually sided with the Obama administration in this case, largely out of fear that Samoans’ “way of life and foundational, cultural institutions would be jeopardized if subjected to scrutiny under the Fourteenth Amendment,” a brief from the government of American Samoa says. The plaintiffs contend this is not true, and current and former officials from other territories have filed a friend-of-the-court brief supporting them.

The case isn’t likely to be resolved soon. A three-judge panel of the DC Circuit heard oral arguments earlier this month, but Vladeck believes the judges—who happen to be the three most conservative judges on the DC Circuit—will ultimately rule against the American Samoans. The question then is whether the Samoans will appeal their case to the full DC Circuit, which might be more sympathetic to their cause.

“American Samoa is the only inhabited US territory whose citizens don’t receive birthright citizenship,” Vladeck says. “I don’t know that the government has a particularly compelling reason other than history and the views and wishes of the American Samoans themselves for why American Samoa should be singled out that way.”

We the People Project · 1421 T St NW, Suite 10, Washington, DC 20009, United States
This email was sent to bufetefrgonzalez@gmail.com. To stop receiving emails, click here.
You can also keep up with Neil Weare on Twitter or Facebook.

One Response to Obama’s lawyers said WHAT about U.S. territories?!?