How To Save Puerto Rico

How To Save Puerto Rico 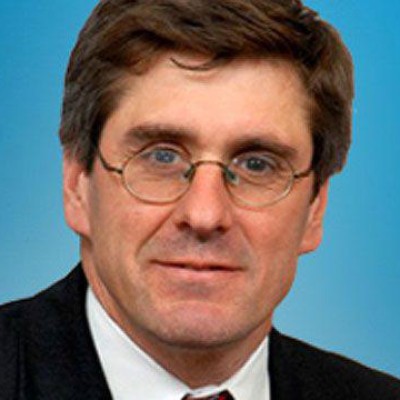 Steve Moore  CONTRIBUTOR
I cover economics, public policy, business, and politics.
Opinions expressed by Forbes Contributors are their own.
This article was co-authored with Arthur Laffer

Just when it seemed conditions couldn’t get any worse for the U.S. Commonwealth territory of Puerto Rico, the Center for Disease Control says that a quarter of the island’s 3.5 million people could contract the Zika virus within a year. Already tourists and business meetings are starting to avoid the island as a health precaution.

The equally serious virus is the financial virus that has contaminated ‎the island’s finances and crippled Puerto Rico’s economy.

The outstanding debts are above $70 billion and rising rapidly and that doesn’t include an additional $43.2 billion of unfunded pension liabilities.[1],[2] Add it all together and the debt reaches at least 150 percent of GDP. That’s a lot of weight on the shoulders of the Puerto Rican people.

By law Puerto Rico can’t declare bankruptcy but the territory is in de facto chapter 9 already.

In response, Republicans in the House have drafted a rescue plan that would allow the island to restructure its debt and delay payments as it attempts to rebuilds its shattered economy. The statistics are heartbreakingly bleak: almost half the residents are in poverty (and more than half of all children), only about 40 percent of adults are even in the workforce, half of families collect welfare benefits, and more than 10 percent of the island’s residents have left for Florida, Texas, New York, or other safe havens.

Puerto Rico is officially a Commonwealth territory of the United States, and as such, Puerto Ricans are American citizens whose lives have been turned upside down. The U.S. Government has a moral, if not legal, obligation to help. ‎But as a territory Puerto Rico needs to agree to help itself.

Recommended by Forbes
MOST POPULAR Photos: The Most Expensive Home Listing in Every State 2016
TRENDING ON FACEBOOK How William Singe Went From Boy Band To A Viral Solo Sensation
Gap InternationalVoice: Uncover The Genius You Don’t Know You Have [Video]

Here is what shouldn’t happen: a financial cash bailout from U.S. taxpayers. Puerto Rico is 100% responsible for all of its taxes and spending save its social security tax and spending. And as such, U.S. taxpayers had no say whatsoever in the amount of debt Puerto Rico took on and should not have to pay for Puerto Rico’s bad decisions. A U.S. bailout would only reward bad behavior and finance another ‎spend and borrow binge.

The government of Puerto Rico, many Democrats on Capitol Hill and the media have invented a story here that the villains are the people and institutions like hedge funds who bought the PR bonds. The bondholders are certainly not guiltless for lending money to a government that is recklessly out of control. And bondholders will surely pay a heavy price for their financial mistake—they are likely to get at most 70 cents for each dollar they are owed. So the bondholders will be punished by the marketplace.

The real source of the crisis is the PR government itself. There is no passing the buck. Self governance, alas, has failed the citizens of Puerto Rico. Even on the eve of the crisis, PR continued to spend and borrow as if they were running a Bernie Madoff ponzi scheme.

The Republican plan that has been strongly supported by House speaker Paul Ryan, would create a strong financial oversight board to take control of the government’s finances, taxes and budgeting decisions. This is an absolute must because the government in San Juan has proven itself incapable of governing.

Democrats like minority leader Nancy Pelosi are once again accusing Republicans of trying to turn the island into a “colonial” state. This is absurd and offensive. The GOP plan offers a financial life raft for the island and we believe that if the Puerto Rican legislature or voters prefer to go it alone, they should have a simple up or down vote on whether to agree to a control board.

The thorny issue is how to restructure the outstanding debt. There are at least a dozen classifications of bonds and the bondholders do have a legal right to repayment or to be able to sue in court.

About one-quarter of the debt carries a constitutional “full faith and credit” guarantee of repayment granted by the government of Puerto Rico.

Those constitutionally guaranteed bond holders must be put first in line for repayment as is consistent with their legal rights. The Republican plan as currently written would take away their right to sue in court and we find this to be an improper taking of their property and their claim on assets. Any legislation should preserves the hierarchy of bond holder claims.

Puerto Rico’s government would like nothing more than a weak control board with no teeth, and the authority to illegally “cram down” a repayment structure without the bondholders’ consent. This would not only be unfair to the bondholders – most of whom are individual investors or pensioners – but it would also hurt Puerto Rico in the long term because only a nitwit would ever again agree to buy PR bonds when the island has shown it will blatantly violate contractual obligations. Fool me once; shame on you. Fool me twice, shame on me.

Congress and Puerto Rico should also learn from history. One of us, Laffer, worked 40 years ago to save the Puerto Rican economy, which was drowning under its own anti-growth policies. The solution agreed to was a supply side fiscal reform which included cutting the highest personal income tax rate down from 87% x to 50%. The policies worked like a charm. The PR economy grew every year at a record pace and tax revenues surged even with lower rates. It was a Laffer Curve miracle and the success was one of the inspirations for the Reagan tax cuts, which would help revive the U.S. Economy five years later.

Here is a brief snippet of what happened in Puerto Rico under similar circumstances 40 years ago.[3]

In 1974, Puerto Rican Gov. Hernandez Colon imposed a graduated surtax (up to 5%). This tax earned the local name of “La Vampirita,” or baby vampire. With La Vampirita’s inclusion, the maximum effective income tax rate was 87%. The 48.5% tax bracket was reached at the $22,000 taxable income level. In spite of the high income tax rates, only one-third of all tax revenues was collected from the income tax.

The Puerto Rican economy lost 40,000 jobs between 1973 and 1976, and on a base of about 725,000 jobs, such losses were serious. Real output declined in both 1975 and 1976. The budget officially was in deficit by more than $15 million. Constitutionally, deficits are forbidden. Statewide accounting practices being what they are, the government was not forced to bounce its checks. But as a consequence, yields on Puerto Rican tax-exempt bonds were even higher than New York City tax exempts.

In the elections of 1976, Puerto Ricans saw first what Californians witnessed only one year earlier. The one-time mayor of San Juan, Carlos Romero Barcelo, defeated the incumbent Gov. Hernández Colon with the promise of exterminating La Vampirita. In 1977, when the new governor took office, La Vampirita died. Gov. Romero has also eliminated yet another 5% tax surcharge which had been instituted during the Korean War. Quite ironically this surcharge had the name of “Victory Tax.”

From the standpoint of Puerto Rico, elimination of “La Vampirita” and the “Victory Tax” wasn’t enough. During this past year all income tax rates were reduced by an additional 5% across the board with another 5% cut scheduled for next year. Excise taxes have been lowered and a special $2 per barrel oil import surcharge has been lifted.

The Puerto Rican economy has experienced a dramatic turnaround.

Most surprisingly to many is that Puerto Rico’s budget has gone full circle and is now in surplus. The budget figure for this year is a surplus of over $50 million at annual rates and that surplus is increasing. Expatriate Puerto Ricans are returning to their island as opportunities there are expanding.

Gov. Romero’s support of tax-rate reduction has pushed his own personal popularity to heights attained only in legends. His statehood party has accomplished the unimaginable—it now has a clear majority in both the Puerto Rican House and Senate.

Why not turn Puerto Rico once again into a Hong Kong in the western hemisphere through new rounds of tax, regulatory, property rights, and welfare reforms. The first step is to restructure

the debt and then jump start the dormant private economy so that the standard of living starts rising again. It worked 40 years ago and it can work again in 2016.

Arthur Laffer is president of Laffer Associates and Stephen Moore is an economic consultant with Freedom Works. They are co-founders with Larry Kudlow of the Committee to Unleash Prosperity.