. . . Governor Cuomo is the latest

NiLP Note: The desertions from the Puerto Rican Parade keep growing beyond the corporations (Univision just did) to local politicians, with New York Governor Andrew Cuomo being the latest. He has been joined by Senator Chuck Shumer, NYS Attorney General Eric Schneiderman, NYC Comptroller Tom de Napol and even the first Puerto Rican District Attorney, Eric Gonzalez (who is running for election this year)!

With the Governor pulling out, what about the Cuomo Hispanics? Secretary of State Rosanna Rosado (who recebntly served on the Parade Board), MTA Acting Chair Fernando Ferrer, Senior Advisor Cesar Perales, Deputy Secretary Norma Ramos, Diversity Officer Rose Rodriguez, and so on. Will these Puerto Ricans be allowed to march in the Parade?

And it is ironic that Attorney General Schneiderman decided not to march in a Parade whose Board of Directors he had so much influence in forming. Now there are increasing calls for him to intervene to replace the current Parade Board because of what is widely seen as their mismanagement and partisan politics that is trearing this important Puerto Rican community institution apart on its 60th anniversary.

Cuomo pulls out of

«The governor’s support and long term affection for the Puerto Rican community remains unwavering, unfortunately he will not be marching in this year’s parade,» said Cuomo spokeswoman Dani Lever, without elaborating.

Cuomo’s decision follows growing criticism of the parade’s board of directors for making a hero out of Lopez, who was convicted of sedition and whose violent terror group launched numerous bloody attacks, including the 1975 bombing at Fraunces Tavern in the Financial District, which left four dead and dozens injured. 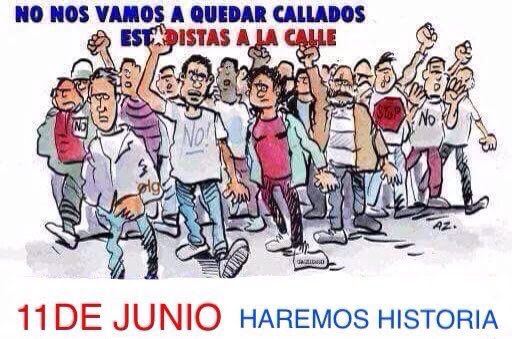 Cuomo’s withdrawal is just the latest blow to embattled parade.

Most of the major corporate sponsors have also pulled out – including At&T, Coco-Cola, Corona, Jet Blue, the New York Yankees and Spanish language media giant Univision.

City Council Speaker Melissa Mark-Viverito has staunchly championed and defended the parade’s decision to give Lopez Rivera its «National Freedom Award,» noting that he has served more than three decades behind bars and his sentence was commuted by former President Obama.

Mayor de Blasio remains one of the few top New York elected officials who still says he will march.

BROOKLYN – Acting Brooklyn District Attorney Eric Gonzalez – a member of the Puerto Rican Bar Association – is refusing to take a stand on the Puerto Rican Day Parade’s controversial honoree, Oscar Lopez Rivera, the former leader of an extremist group believed to be responsible for the deadly bombing of Fraunces Tavern.

Gonzalez – who became the borough’s district attorney following the death of Ken Thompson last year – will not attend the parade, campaign spokeswoman Lupe Todd-Medina said, declining to comment on whether Gonzalez supports the choice of organizers to honor the FALN radical separatist.

«DA Gonzalez is running a competitive campaign seeking the support of people throughout Brooklyn, which is where you will find him on June 11,» Todd-Medina said.

City parades, with their large crowds and festive atmosphere, have traditionally been big draws to political hopefuls looking for votes.

Lopez Rivera, now 74, served 36 years in prison for participating in a plot to overthrow the U.S. government and transport explosives.

The revolutionary was a leader in the Fuerzas Armadas de Liberacion Nacional, or FALN, which claimed responsibility for more than 100 bombings across the country in the 1970s and 1980s, including the 1975 Fraunces Tavern attack that killed four people.

The New York Yankees, JetBlue, Coca-Cola, Corona and AT&T have already announced they will boycott the parade, as have the NYPD’s and FDNY’s Hispanic Societies.

NYPD Commissioner James O’Neill has said he will not march because of Lopez Rivera’s presence.

«I cannot support a man who is a co-founder of an organization that engaged in over 120 bombings,» the commissioner said earlier this week.

But Mayor Bill de Blasio has said he still plans to march.