What Puerto Rico will bring to the table of the Union of States – By Franklin D. López

What Puerto Rico will bring to the table of the Union of States – By Franklin D. López

The profile and the lifestyles of Hispanics or Latinos are more in line with the conservative political philosophy of conservatives. We are very religious, we treasured and protect the family and solidarity is part of our gene baggage. The United States government must see the admission of the territory of Puerto Rico as a matter o great importance to our national security. The admission of the Caribbean territory will send a very strong constant wind that the “Lighthouse of Democracy” admits as equal a state with a majority Hispanic population. It is very relevant to mention that Puerto Rican registered voters give the highest intensity, in terms of electoral priority, to the admission of Puerto Rico as a state of the union than to any other political issue. Congresswoman Ileana Roth Lehsiten wrote a very revealing commentary published by the Orlando Sentinel which emphasizes the importance of the Central Florida corridor Puerto Rican voters in the presidential election, here is a quote from that commentary:

As Central Florida goes, so goes the road to the White House. The margins can be razor-thin. Donald Trump won those dozen Central Florida with 50.2 percent in 2016 and therefore won the state and the presidency. Mitt Romney did very well with 49.8 percent in 2012, but that small difference cost him Florida where it did not for Trump. 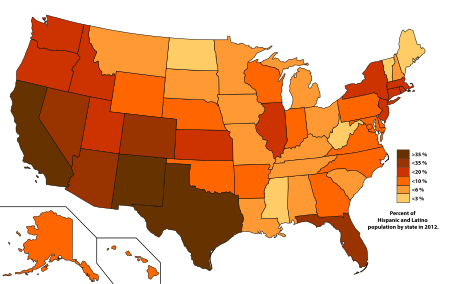 We’ve also seen the importance of Central Florida and its Puerto Rican diaspora population in recent Florida statewide elections. In 2018, Sen. Rick Scott embraced the cause of Puerto Rican statehood and quickly made up the deficit among self-identified Puerto Rican voters. While Sen. Bill Nelson was on the record in favor of Puerto Rican statehood, he had to temper that position given the overwhelming support he also had among those who were strongly opposed to statehood. Nelson paid the price for this in Central Florida, losing to Scott in the crucial dozen counties by a relative landslide — 2 full percentage points, 51-49.

But the political force of Puerto Ricans in National elections is not limited to Florida: They could be the deciding voting block in states like Pennsylvania, Ohio, Georgia, South Carolina, Virginia, New Jersey Please see this revealing electoral data map: https://www.pewresearch.org/2020/09/23/the-changing-racial-and-ethnic-composition-of-the-u-s-electorate/ .

But besides the ever present political interest in ethnic voting blocks the admission of Puerto Rico as a state of the union brings many extraordinary attributes to the union of states. for Example:

2). Washington politicians have no idea the goodwill that will be generated by the facts of the United States admitting to the union of state a Spanish Speaking state. This “goodwill” will pave the road for a new relationship of the United States with Latin America which has a $4.3 trillions dollars economy. Just look at the urban transformation of southern and central Florida generated by the billions of dollars invested by Latin Americans creating thousands of well-paying jobs.

3) Based on the high intensity that the statehood cause has with Puerto Rican voters in Florida in the results of the poll done for the Orlando Sentinel and quoted by Congressperson Ileana Roth Lehtinen  “the national party that takes the lead in moving the legislation in Congress admitting the territory as the 51st or 52nd state of the Union it will provide the party with two democratic or two Republican U.S. senators and 4 members of the House of Representatives” providing the occupant of The White House with enough votes in the senate to move his or her public policy agenda”.

4) The national goodwill that the national party that leads the fight for the admission of the territory huge with the 60.6 million Latino strong population.

5) The National party that neglects to handle this matter will have lethal consequences at the ballot box in 2022 and 2024.

7) Finally, the experience of Population gains of Hawaii should be served as an example to be followed by Puerto Rico. The archipelago is currently suffering the devastation of two category five hurricanes and a sequence of earthquakes. Since 2009,  Puerto Rico lost 500,000 inhabitants that joined the 6 million-plus in the lower 48. The massive exodus is continuing changing the national political, landscape, particularly in the so-called “battleground states.” When Hawaii entered the union in 1959 its had 400,000 inhabitants in 2015 Hawaii had a population o 1.415 million inhabitants a net gain of 1,000,000 million. The Gallup organization conducted several polls during the U.S. Senate Committee of Natural Resources in 1991 in Puerto Rico which revealed that 92% of the population of Puerto Rico would be moved to the United States if Puerto Rico become a sovereign nation or an associated Republic. But if Puerto Rico becomes a state of the union the PuertoRican on the mainland will return by tens of thousands to their roots, stabilizing its economy and providing financial resources for a new PuertoRican economic renaissance. It cost U.S. taxpayers thousands of dollars in providing public services to American citizens from Puerto Rico living in the lower 48 than in Puerto Rico. The issue of Puerto Rico’s statehood should be carefully studied and must no be treated with benign neglect. The People of Puerto Rico have spoken clearly in three status plebiscites. The struggles for political equality continue and the cause endures!