In January of 1972, Roberto Clemente delivered a moving speech at a baseball diner honoring the Pittsburgh Pirates for their World Series triumph the previous October. Clemente’s speech touches on several things that were of importance to him: family, being a citizen of the United States and competition. 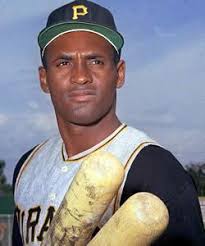 First, Iwould like to say I think I have the greatest mother and father that ever lived. I remember when I was a kid, my father and mother had to work from sun to sun to support us kids. And all those years, I think that if anybody suffered to give us kids the best living they could, they did.

Ever since I’ve been playing baseball, I thank God every day for having made me an athlete. I love and thrive on competition, and that’s what has made me work hard every day to keep my mind, my body and my outlook on life at their best.

I think that competition is a great factor in the world today. Great nations such as ours are built on it, and without it man can’t achieve much. No competition whatsoever can lead a person or nation to become complacent.

I love competition because when a person is faced with competition, he has to struggle that much harder to be a winner. A winner is proud, and that’s the sound foundation on which our nation was built.

One has to work hard for everything he wants today. No one hands it to you on a silver platter. It’s a struggle for survival, and no one, with a goal in mind, can afford to let up.

Everyone knows I’ve been struggling all my life. I believe that every human being is equal, but one has fight hard all the time to maintain that equality.

I’m from Puerto Rico, but I am an American citizen. I’ve had the opportunity to do much traveling. I just came back from South Africa and Europe, where I visited many countries. I heard many times that some Americans spit on the American flag. I want to tell you one thing: I wouldn’t trade this country for any other country in the world. No matter what, we have the best country in the world– and you’d better believe it! 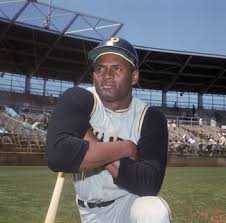 I’m very proud to be here tonight because last fall we played in the World Series and won it. I always say to myself that we athletes or baseball players are mighty fortunate in many respects. I think that we should pay to the fans to watch us play the game we love. It’s a wonderful privilege that we are allowed to play the game we love and make all that money.

This past season, we had the opportunity to see one of our teammates, Willie Stargell, enjoy a tremendous year.

This man never gave up. He tried his hardest every day and in every game, and he achieved what he wanted to do — to lead his club to a pennant, a World Series championship, and he hit 48 home runs during the regular season to lead both leagues in that department.

I must say this banquet is the greatest I have ever seen, not only because the crowd of 2,465 here tonight is the biggest I have ever seen at an affair like this, but because as I look out in the vast audience, I see so many boys and girls with their mothers and fathers, and priests and nuns and other members of clergy, all enjoying themselves in a clean, wholesome atmosphere — and all of which means so much for our present and our future in this wonderful country of ours.

As you know, time goes so fast. We’re living a really fast life. The ones who have children, sometimes we don’t have time to see them much. We come back from work, our kids are in bed already. We go back to work, out kids are off to school. We hear a great deal about kids today, how bad some are and that our American youth is rapidly deteriorating.

I think we can do something about solving our mounting difficulties at home. There is nothing wrong with our homes, our country, that a little more care, a little more concern, a little more love, won’t cure. We need to show love and to love, not only our kids and our family as a whole but also our neighbors. We’re all brothers and sisters, and we must give each other a helping hand when it is needed.

This is taken from the Sporting news magazine from December 30th, 1997.

Although he was proud to be an american citizen, which he earned on his own merits at times of discrimination, he was proud to be puerto rican as any american citizen is proud of their home state, or birthplace wherever it may be. Rather than a political speech this speech honors his parents and state the difficulties of raising siblings distantly. Believed to be the highest paid baseball player of his time he earned a quarter of a million yearly.

«He respected the fans and thought always to deliver the best performance each time he played at the field. Its called respect. The closest I have seen was Alex Cora who entered and exit the field running. For some the game of baseball is a canvas where they paint their abilities and hope the upcoming generations see them as mentors. Mentoring in major league baseball is a concept in danger of extinction.»

«He never allowed any reporter to call him Bob, his name of birth was Roberto. Nobody ever ran the four bases as closed to a square than Clemente. A straight line is the shortest distance between two points. He went the extra mile for others. He use to believe «Who doesn’t live to serve does not serve (ie is useless) to live» «