The Betrayal of the Constitution & the Rule of Law

The disparity of applying the law on an equal basis is very clear in the sentences handed to those involved in an insurrection and the sentences given to the five Puerto Rican nationalists who attacked the chambers of the U.S. Congress on March 1, 1954, and where NO ONE was killed. The five Puerto Rican nationalists were given sentences of 50 years or more, even though no one was killed. 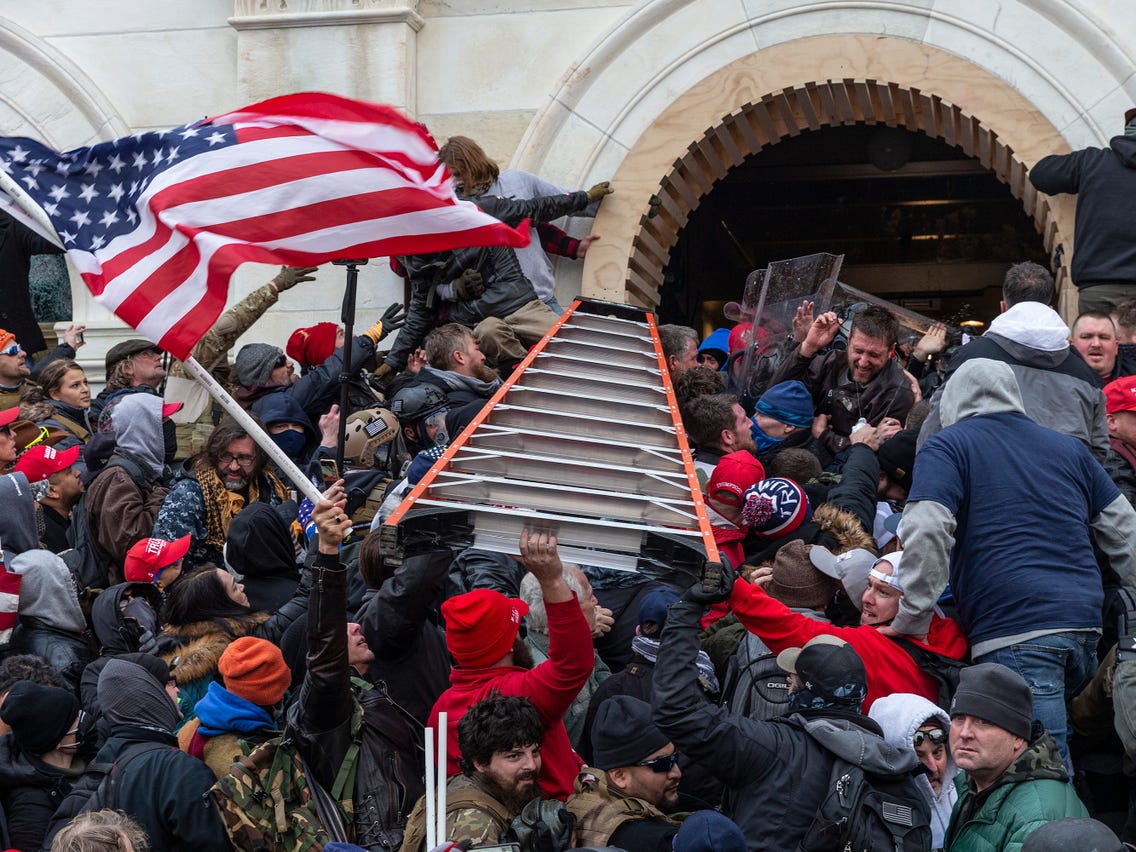 The sentences of 5 years or less imposed on those convicted of seditious activities on January 6, 2021, are comparable to sentences imposed on those convicted of white-collar crimes. This sends a dangerous message to the extremely well-armed white supremacists throughout the nation that will be interpreted as an invitation to try again in 2024. The culprits involved in the January event attempted to subvert the constitution and inflicted, in terms of the global leadership of the Nation, serious structural damage to the sacred institution of the secret ballot and the foundations of democracy. Imposing lenient sentences to the leaders of the event sends the wrong message. We need a strong sentencing policy from Attorney General judge Merrick Garland, establishing long-term sentences of 20 years or more in order to become a real deterrent to prevent this from happening again.  Instead of a slap on their hands, the Justice Department should seek and demand longer sentences.  The Congressional Judiciary Committees should consider introducing legislation for mandatory sentences in order to avoid discretionary sentences. Ignoring this matter will not deter a second attempted coup during or after the 2024 elections. Any elected Federal or government official involved in the planning and execution of the attempted coup should receive a minimum sentence of 20 years.

It is obvious that 1954 is not the same judiciary ecosystem as 2021. But if we really treasure our Constitution and the rule of law, this must be reviewed, if not by the Justice Department, by Congress.

The March 1, 1954 attack by Puerto Rican Nationalists was motivated by abuses and crimes against American citizens in Puerto Rico who were used as guinea pigs in racist and unethical medical experiments from the 1930s  through 1947.

The case of Puerto Rico is similar to the Tuskegee Experiment in Macon County, Alabama.  In the mid-1960s, a PHS venereal disease investigator in San Francisco named Peter Buxton found out about the Tuskegee study and expressed his concerns to his superiors that it was unethical. In response, PHS officials formed a committee to review the study, but ultimately opted to continue it—with the goal of tracking the participants until all had died, autopsies were performed and the project data could be analyzed.

Buxton then leaked the story to a reporter friend, who passed it on to a fellow reporter, Jean Heller of the Associated Press. Heller broke the story in July 1972, prompting public outrage and forcing the study to finally shut down.

The Tuskegee experiment began in 1932, at a time when there was no known treatment for syphilis, a contagious venereal disease. After being recruited by the promise of free medical care, 600 African American men in Macon County, Alabama, were enrolled in the project, which aimed to study the full progression of the disease.

The participants were primarily sharecroppers, and many had never before visited a doctor. Doctors from the U.S. Public Health Service (PHS), which was running the study, informed the participants, —399 men, with latent syphilis and a control group of 201 others who were free of the disease—they were being treated for bad blood, a term commonly used in the area at the time to refer to a variety of ailments.

In 1931, a United States Army doctor, Cornelius P. Rhoads, came to Puerto Rico in an effort to find “cures” for infectious diseases. Instead, he used the population to conduct unethical experiments with bacteria and infected cells, in the same manner, that the Nazis used Jews.

Dr. Cornelius P. Rhoads had a long and successful career. An oncologist, he investigated treatments for anemia before going on to head a memorial hospital where he helped shape the newly-emerging science of chemotherapy on cancer patients. His studies were so productive that an anonymous donor endowed an annual award to be given out to young researchers who make significant contributions to the treatment of cancer.The award was renamed when a scientist going through Dr. Rhoads’ papers stumbled across a scandal. That scandal, in the early 1930s, caused Rhoads to all but flee Puerto Rico under suspicion of multiple murders. Rhoads was down there investigating certain types of anemia as part of the Rockefeller Anemia Commission. He was not pleased with his situation, especially one night after he left a party drunk and found that his car had been vandalized. His response was to head to his office and write to a colleague, a cancer researcher in New York. The letter started out with complaints about another colleague getting a job that Rhoads had evidently wanted, then went on to talk about possible plum jobs he could have.

Then Rhoads apparently lost his mind, and wrote;  “They [Puerto Ricans] are beyond doubt the dirtiest, laziest, most degenerate and thievish race of men ever inhabiting this sphere. It makes you sick to inhabit the same island with them. They are even lower than Italians. What the island needs is not public health work but a tidal wave or something to totally exterminate the population. It might then be livable. I have done my best to further the process of extermination by killing off 8 and transplanting cancer into several more. The latter has not resulted in any fatalities so far… The matter of consideration for the patients’ welfare plays no role here — in fact all physicians take delight in the abuse and torture of the unfortunate subjects.” These crimes against humanity have fallen in the abyss of the forgotten with total impunity.

But the abuse did not end with Dr. Rhoads.  In 1947, the Department of Defense used thousands of Puerto Ricans service members in the U.S. Army to test the effectiveness of lethal war gases in secret operations carried out in the Republic of Costa Rica with the knowledge of the local government during the presidency of José María Hipólito Figueres Ferrer, a close ally of Governor Luis Muñoz Marín.

The Justice Department should open a docket and recomend President Biden to issue a presidential proclamation of Reparations to the People of Puerto Rico.   The only reparation is granting equality to all citizens residing in the territory. If not now, when?