Polls say Scotland will spurn independence, but are they right?

Polls say Scotland will spurn independence, but are they right? 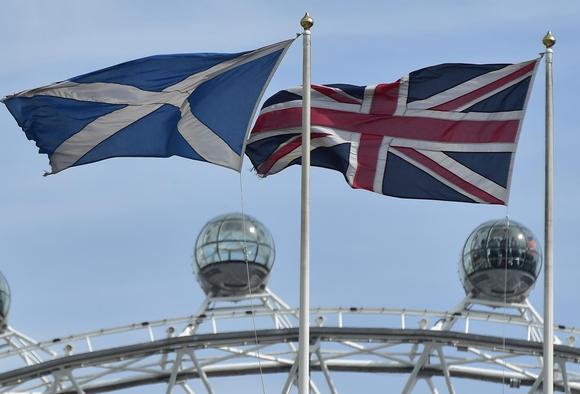 (Reuters) – Opinion polls, financial markets and bookmakers are unanimous – Scotland will reject independence in a historic referendum next month and the United Kingdom will endure.

But what if, as Scots nationalists believe, the polls are wrong? Experts say it is a possibility.

The Sept. 18 vote, the first of its kind in British history, has thrown up unique circumstances which make forecasting the outcome unusually difficult. Surveys are consistent on trends but diverge when it comes to the size of the gap between the two campaigns.

Few are ready to exclude an upset.

“Pollsters are particularly nervous given the disparity between them,” John Curtice, a professor at Strathclyde University and a leading authority on polling, told Reuters.

“Some of the polls are definitely wrong because they don’t agree. We just don’t know which ones yet. This is a pretty tough call for the polling industry.”

That election was conducted using a different electoral system to the referendum, but the memory of what was a major political shock lingers.

Pollsters are also haunted by two occasions when they called national Britain-wide elections spectacularly wrong – in 1970 and 1992, won by Edward Heath and John Major respectively.

“The dates are etched on pollsters’ hearts,” said Curtice.

Yet the current picture, if averaged out, looks unambiguous.

The most recent “poll of polls,” on Aug. 15, based on an average of the last six polls and excluding undecided respondents, put support for independence at 43 percent against 57 percent for staying in the United Kingdom, a hefty 14-point gap.

And only one poll in the last year, in August 2013, gave the pro-independence campaign a lead over the anti-independence side (by a slender 1 percent). The validity of that survey, regarded as an outlier, was questioned by some experts.

There is a wrinkle, though. The campaign’s six pollsters have come up with sharply different estimates of the gap separating the two camps, ranging from 3 to 32 percentage points in the last year. They also differ widely on the number of undecided voters – from 7 to 33 percent.

Such variations raise awkward questions about who is right.

If the pollsters who say the gap is slimmer and the number of undecideds is higher are correct, there is more scope for volatility. A relatively modest swing to “Yes” in an electorate of 4 million voters could be significant.

But for now, equanimity prevails.

Apart from a glimmer of turbulence in currency markets, there is scant evidence that financial markets expect a shock.

Many still see it as too remote a possibility to worry about. Others say even the volatility caused by a “Yes” vote would not be enough to justify the cost and complexity of insuring their positions against it.

Some bookmakers put odds of a “Yes” vote at around 9/2.

The most recent opinion poll, published on Friday by the Scottish Daily Mail, put the pro-independence camp on 47 percent against 53 percent for the anti-independence camp, excluding undecided voters. [ID:nL5N0QZ19N]

Pollsters say they carefully weight their polls to try to take account of numerous variables. But this time the quantity and nature of those variables are more complex.

The minimum voting age for British national elections is 18. For the referendum, it has been lowered to 16. For pollsters, the voting intentions of teenagers are uncharted territory.

Then there is turnout. At Scotland’s last major election, a 2011 parliamentary vote, it was 50 percent. This time, some pollsters and politicians say it could be as high as 80 percent.

The pro-independence campaign says that could benefit its cause. “A missing million” of mostly poorer Scots who do not usually vote but will this time, it says, are not necessarily reflected in polls.

Experts are skeptical of the 1 million figure, but agree that some people who do not usually vote will do so this time.

“The fundamental point is that we haven’t done this before. This is an entirely unique event for which we have no historical data or precedent,” said Mark Diffley, research director for pollster Ipsos MORI’s Scotland office.

People also always overstate their likelihood to vote, he says, saying there’s usually a “drop-off” of about 10 points between those who say they’ll vote and those that actually do.

“If they’re evenly spread between “Yes” and “No” voters, then we’re probably ok. But if it’s all “No” voters, or all “Yes” voters that end up not turning up, then you can see the type of difficulty that that would present to us in a poll.”

The pro-independence campaign complains that poll samples – usually of around 1,000 people – are far too small.

“I don’t dismiss opinion polls … but each opinion poll talks to a 1,000 people,” Blair Jenkins, the chief executive of “Yes Scotland”, told Reuters. “We’re talking to hundreds of thousands of people. We keep those numbers secret … but we know that there’s a higher percentage voting yes than any poll is showing.”

The anti-independence campaign thinks its strength is not fully reflected too. Many Scots – the “silent majority”, it says – feel embarrassed to say they will vote “No” because of the perceived popular “coolness” of the independence drive and therefore don’t disclose their voting intentions to pollsters.

There is also an issue about different methodologies. Some pollsters do their polling over the phone, some over the Internet, some on the doorstep, and others throw a few political questions into unrelated marketing campaigns.

Each method has its own drawback, experts say.

But for all of the reasons above, few of them are ruling out a surprise “Yes” vote either.

“The whole world is operating on the assumption that independence is not going to happen,” said Curtice. “If it does, it will come as an almighty shock.”

(Additional reporting by Alistair Smout in Edinburgh and John Geddie in London; Editing by Angus MacSwan)